A giant billy goat shows off in Piazza Gaeee Auleeenti

Of course, at Portanuova we are all asking ourselves: who’s behind this? And most of all, what’s inside it? The mystery flips around social networks, where thousands of users have been racking their brains for weeks in search of a solution, following the footprints left behind by Olda the Billy Goat – a new, bleating star that spreads clues along the city streets.

Initial leaks of an investigation by a large tribe of snoopers led by Frank Matano tell us of an initial encounter between Frank and Olda, which assigned him the role of secret agent providing his services for a classified mission. The task was accepted, in spite of himself, by the poor Frank, who immediately got to work to follow the orders of the demanding billy goat with the help of Federico Russo and youtubers theShow. Then, the kicker: Olda disappeared, leaving strange footprints around town: giant footprints spread from the Navigli area, to the Darsena, to Porta Garibaldi. The only clue to find the 4-legged social network star again is a note Olda sent to Frank: an invitation to go to Piazza Gae Aulenti, at Portanuova.
An exhausting search, which reaches its climax today with an installation and event by Olda, Frank & Friends: the Caprone Gigante (giant billy goat). A majestic tribute to Olda, 14.05 m tall and 12 m wide, which we can all admire from outside, asking ourselves what is inside. To find out, let us keep following Olda on social networks, as we wait for the installation to finally open its doors. 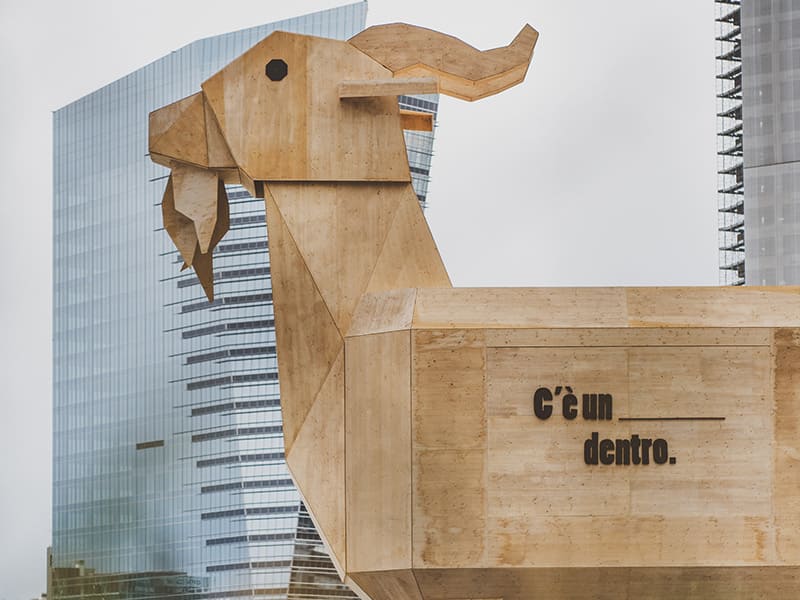 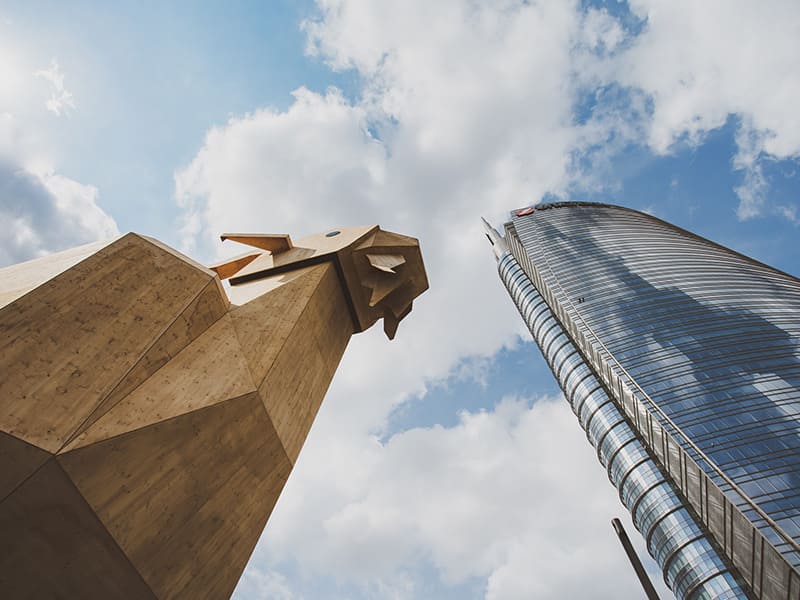 The mystery of the “matryoshka”...